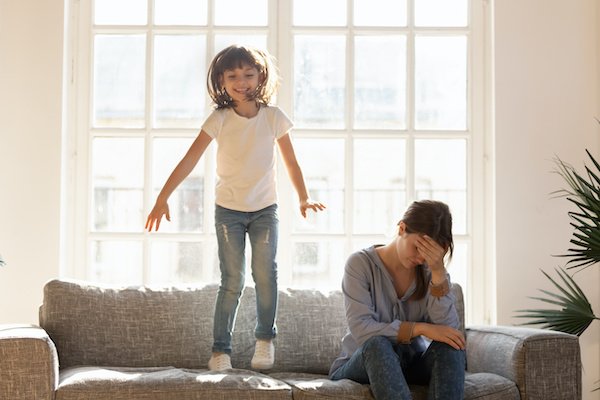 The terms ADD and ADHD are thrown around a lot, usually when talking about a seemingly hyperactive child or adult with frenetic energy. But it’s important to remember that ADHD is not just a casual adjective for describing a particularly energetic person, but rather, a complex medical diagnosis for a neurological condition that affects the way the brain processes information.

We used to utilize the terms Attention Deficit Disorder, ADD, and Attention Deficit Hyperactivity Disorder, ADHD, for similar conditions differentiated by the presence or absence of hyperactivity. In modern practice, ADD is generally no longer used, having been supplanted by the umbrella ADHD of which there are three types: inattentive ADHD, hyperactive/impulsive ADHD, and combined ADHD.

While it is often seen only as a behavioral condition, it is actually a neurobehavioral disorder involving an imbalance in brain chemistry that impairs brain function. Deficiencies of specific neurotransmitters, the brain’s chemical messengers, alter the way information in the brain is passed around and can affect attention span, the ability to control emotions and impulses, and executive functions like organization.

Like many conditions, especially those that involve brain chemistry, ADHD can present differently in individual patients. It can affect a person’s cognition, behavior and mood.

ADHD is not a sign of an individual’s intelligence, however, grades and job performance can suffer if those with the condition forget to turn in assignments or “daydream” during school lessons or work presentations. In addition, those with ADHD tend to be unorganized in their tasks and their thinking. A common complaint is  “brain fog” which requires ADHD sufferers to have to hear or read something multiple times before it sticks. They are also often easily distracted by other tasks before one is completed.  Almost ironically, the interest-driven nervous systems of people with ADHD allows them to stay “in the zone” for hours while doing something of unique interest: video gaming or watching back-to-back documentaries on a particular subject, for example.

Because many with ADHD can have trouble controlling their impulses, behavioral issues at school are often the first clue that the condition is present. Excitability and impulsivity, particularly in children, frequently lead them to interrupt others when they’re talking, with verbal outbursts or spontaneous movements. When hyperactivity is present, the lack of restraint is exacerbated, and can even seem overly aggressive.

While mood disorders can be present independent of ADHD, many changes in mood are an understandable by-product of the condition. Children without the vocabulary to adequately express how they feel or the ability to understand why their behavior is unacceptable can become frustrated or angry, and act out. Frequent reprimands, poor grades, and the inability to adhere to social norms can make social relationships hard to maintain and lead to mood swings, depression, anxiety, boredom, and irritability.

ADHD is a complicated diagnosis that requires intricate evaluation of the patient to ensure no other diagnosis makes more sense. Mood disorders, sleep disorders, hormonal imbalances, infections, and problems with hearing and/or vision should all be considered.

If ADHD is the correct diagnosis, a functional medical approach strives to discover what triggers the condition in the individual patient.  ADHD often involves multiple triggers that lie in genetics, environmental toxins, poor gut health, food intolerances, and poor diet. In fact, nutrition can plays a huge role in helping to control ADHD naturally.

We have many testing options to identify which of the above triggers could be at play in your personal experience with ADHD or ADHD-like symptoms. Contact us today.