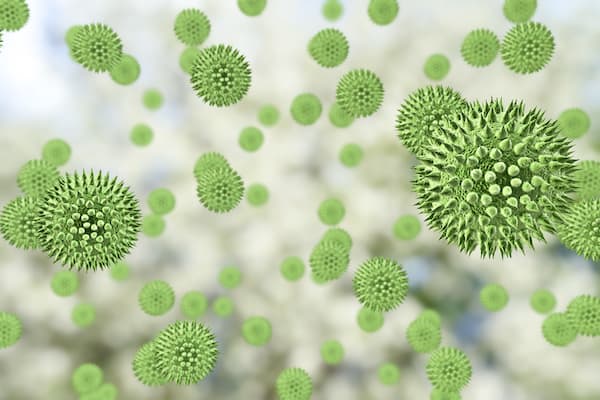 Histamines are a naturally occurring compound found in all human cells. They’re a vital part of the body’s immune and neurological systems.

Patients with allergies are very familiar with their body’s histamine response.

With environmental irritants (pollen, dander, etc.) histamines generally use the nasal passages to rid the body of offending allergens. This happens through a runny nose, sneezing, and itchy, watery eyes.

Food intolerances cause histamines to work in the gut to trigger a response with symptoms like nausea, cramping, skin redness/flushing or elevated heart rate.

Histamine released after insect bites or exposure to certain plants can result in itchy skin rashes or swelling and breathing difficulties.

These are all natural, effective responses by the body to protect itself from perceived threats.

While in more serious cases these responses can require medication such as an antihistamine or Epipen, in healthy individuals the histamine release is usually followed by a natural counter reaction. An enzyme called diamine oxidase (DAO) breaks down histamines and excretes them once the threat has passed.

Some people, however, lack adequate DAO, causing a buildup of histamine in the body that leads to chronic symptoms such as those mentioned above, as well as others like migraine headaches, acid reflux, anxiety and premenstrual cramping.

This is known as histamine intolerance and has several causes, including genetics.

Genetic variants on several genes, including the AOC1/ABP1 gene and the MTHFR gene, can affect the production of the DAO enzyme. This leaves the body unable to effectively break histamines down.

Left unchecked, histamines then build up and cause symptoms often misdiagnosed as food allergies, diseases of the GI tract, and others. Patients can be frustrated when typical treatments for those conditions don’t eliminate the symptoms. This is often the case when histamine intolerance is the cause.

To further complicate things, certain medications, which can inhibit DAO production, and diets that are naturally high in histamines can make problem worse. This is because some medications and foods lead to even higher histamine levels in people who can’t break it down efficiently.

Genetic testing through Infinity Wellness can identify whether you have these variants. Or if histamine intolerance might be the cause of your symptoms.

If you suffer from

It’s time to figure out if you have a histamine intolerance. Let’s talk about genetic testing, supplementation and nutritional counseling! We want to set you on the path to wellness.