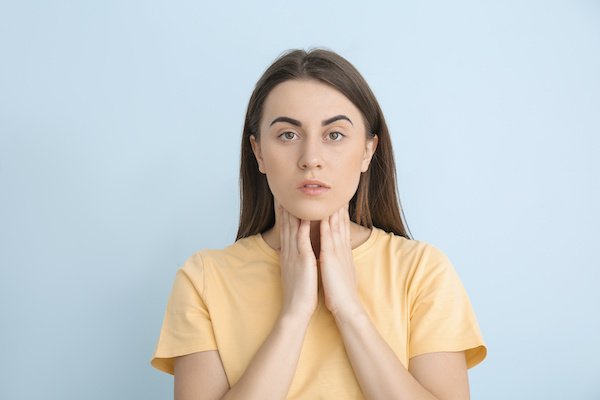 Millions of people suffer from low thyroid disorders (hypothyroidism) brought on by a variety of factors. The most common cause is Hashimoto’s Disease. This month I’m doing a three-part series on Hashimoto’s, its possible root causes, symptoms, and a functional approach to testing and treating it. This is Part Two.

Functional medicine is based on wellness and disease prevention, however, when disease is present, we use a patient-centered approach to isolate the root cause of illness with the understanding that the cause can be based on many factors. That’s because dysfunction in one body system has a domino effect on others due to inherent interactions between all body systems. This is often the case with Hashimoto’s Disease.

The adrenals are the glands responsible for managing the body’s fight-or-flight response, which they do by releasing certain hormones in times of physical, mental, or emotional stress. They also produce other hormones similar to those of the thyroid that have a major effect on the body’s metabolic processes – energy level, blood pressure, digestion, immunity, and others.

In certain situations, one system response is deemed by the body to be more important and overrides the others, effectively shutting them down. In times of stress, the fight-or-flight survival instinct causes all energies to be redirected towards the stressor in front of you, dramatically slowing other processes like digestion, immunity, and thyroid production.

It’s very important to know if you have an adrenal component to your thyroid disease, because if so, both systems must be treated concurrently for you to see the health improvements you want.

Overall wellness almost always begins with gut health, and studies show this is true with Hashimoto’s. In fact, autoimmunity very often exists alongside the presence of leaky gut, a condition of intestinal permeability caused by inflammation. In a leaky gut, partially digested food, bacteria, and other toxins from the digestive tract “leak” into the bloodstream through cracks in the intestinal lining. This activates an immune response – especially in those with a genetic predisposition. Healing leaky gut, while concurrently working to increase thyroid production can dramatically help put — and keep —many autoimmune conditions into remission.

Inflammation in the gut is caused by a number of things, including stress, illness, and a diet low in fiber and high in sugar, the wrong kind of fats, and alcohol, among other things. Unknown food sensitivities also play a role. While most people think they would know if they had a food sensitivity that was causing symptoms, this isn’t always true.  Unlike a food allergy, sensitivities to foods often don’t show their effects for several days after consumption. It’s only when one eliminates these foods that results become obvious. Hashimoto’s patients tend to be especially sensitive to gluten, dairy, soy, eggs.

There are many diets recommended for autoimmune patients, including: the Root Cause Paleo Diet, the Autoimmunity Diet, and the Anti-inflammatory Diet, all of which are based on nutrient-rich, unprocessed foods with varying degrees of exclusions.

While the “right” diet and supplementation plan for Hashimoto’s is often patient specific due to individual sensitivities that contribute to their autoimmunity, commitment, and experimentation enables many to assist in lowering or eliminating thyroid antibodies with nutrition.

It’s very important to assess all body systems that may be contributing to low thyroid issues to effectively send Hashimoto’s into remission.