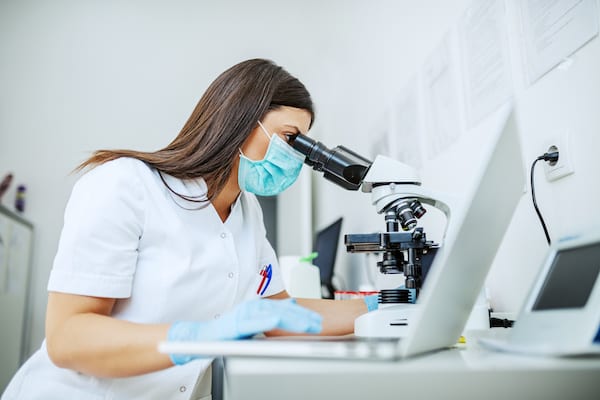 Blood tests are a fairly routine part of a visit to the doctor used to both assess the current state of your overall health as well as explain unusual symptoms you may be experiencing.

By analyzing your blood chemistry, doctors can identify dysfunction in the production of white and red blood cells, cholestrol, and hormones, as well as unusual levels of vitamins and minerals, blood sugar, protein and inflammation, among other things.  Conventional medical doctors do this by seeing where your levels fall within a predetermined pathological range.

When levels are high or low outside of this range, doctors can diagnose certain medical conditions and begin treatment.

But what if you go to the doctor with symptoms, or a general feeling of being unwell, yet your bloodwork checks out? Chances are you’ll either be sent on your way with instructions to return if things get worse, or given prescription meds — even antidepressants — to alleviate symptoms, but no explanation as to what is causing them.

That’s because conventional blood tests — conventional medicine in general — is geared towards diagnosing disease once it is present, not preventing it in the first place.

Doctors who are trained to analyze a patient’s blood chemistry within a functional range look at results through a much more narrow lens, noting results within a smaller “normal” range, as well as analyzing markers indicating a “high normal” and “low normal.” This enables them to notice very subtle changes and imbalances in blood chemistry indicative of the start of disease, allowing the patient to make necessary lifestyle modifications to prevent potential health issues from progressing.

What’s even better, and generally missing from conventional lab tests, is that functional blood tests reveal patterns that not only foreshadow potential problems, but explain why certain symptoms are present.

Hormones are a great way to illustrate this, as their levels are generally included in blood chemistry tests and imbalances in their production can greatly affect the way a patient feels. When numbers are high or low in thyroid or adrenal tests, you’re usually sent to an endocrinologist for further testing. Numbers are often watched over time for consistency, giving disease time to progress, many times to the point that surgical removal of the offending gland or other equally invasive treatment options are necessary.

But the changing patterns revealed in functional blood testing give clues to potential health risks that can be acted on now.  Before full onset of Addison’s Disease (adrenal failure) or Cushing’s Syndrome (chronic elevated cortisol) there is usually adrenal fatigue; Before diabetes, there is often insulin resistance; Before a diagnosis of Grave’s disease (over-active thyroid) or Hashimoto’s disease (under-active thyroid ) there are usually genetic factors or functional imbalances that can be successfully addressed through diet and nutrition to halt their progression — meaning no surgery, no radiation, and no lifelong hormone replacement therapy.